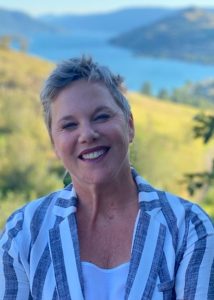 Dr. Marianne Legault is an Associate Professor of French specializing in Early Modern literature in the Department of World Languages and Literatures at UBC Okanagan. She mostly publishes in the areas of women’s literary production in 17th century France and in queer readings of 17th & 18th century French texts.

Born and raised in Montréal, she moved to the West Coast in 1991 to immerse herself in English. She lived in Victoria for many years where she received a BA (honours French; Major English); and her MA in French literature.  She obtained her PhD from UBC in 2004. Before her tenure at UBC, she was an Assistant Professor at University of Melbourne in Australia for three years.

Marianne comes to the Board of Governors with many years of governance experience. She has been an active member of the Okanagan Senate since 2017; she was Chair of Senate’s Admissions and Awards Committee for three years, and Co-chair of the UBC Okanagan’s New BA Degree (implemented in 2021). She also has a strong background in university administration, having been Associate Dean of Undergraduate Studies for six years in the Faculty of Creative and Critical Studies at UBC Okanagan. Above all, she loves teaching and connecting with her students on campus.