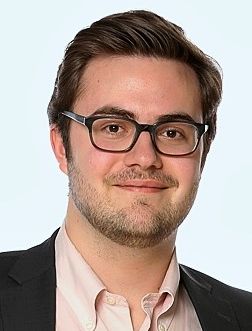 Mr. Max Holmes is a fifth-year student in the Faculty of Arts at UBC’s Vancouver campus.

During his undergraduate degree, Max spent two years on the Executive of the Alma Mater Society of UBC Vancouver as the Vice-President Academic and University Affairs. During this time, Max has led efforts to fund the expansion of open educational resources at UBC, advocated for more undergraduate research opportunities for students, spear-headed student involvement in the creation of the UBC Strategic Plan, fought for more affordable student housing on campus and a greater expansion of housing at UBC, and worked with communities on campus to create more survivor-centric policies and practices.

Max has served as Member-at-large of the UBC Vancouver Senate for several years, and also served as Co-Chair of Student Senate Caucus during his second term on Senate. During his time on Senate, Max has served on five Senate committees: Academic Policy Committee, Agenda Committee, Nominating Committee, Teaching and Learning Committee, and Curriculum Committee. He has also led two Senate working groups as Chair of both the Academic Concessions Policy Working Group and the Undergraduate Research Working Group.

Before this, Max first became involved at UBC when he became AMS Elections Administrator for the 2017 AMS Elections where he helped increase historically low student turnout during elections. Since he first became involved, Max has been a strong advocate for inclusive student engagement, a survivor-centric support system, and a more affordable and accessible University.  He also serves as a Board member of both CiTR and the UBC Student Legal Fund Society.